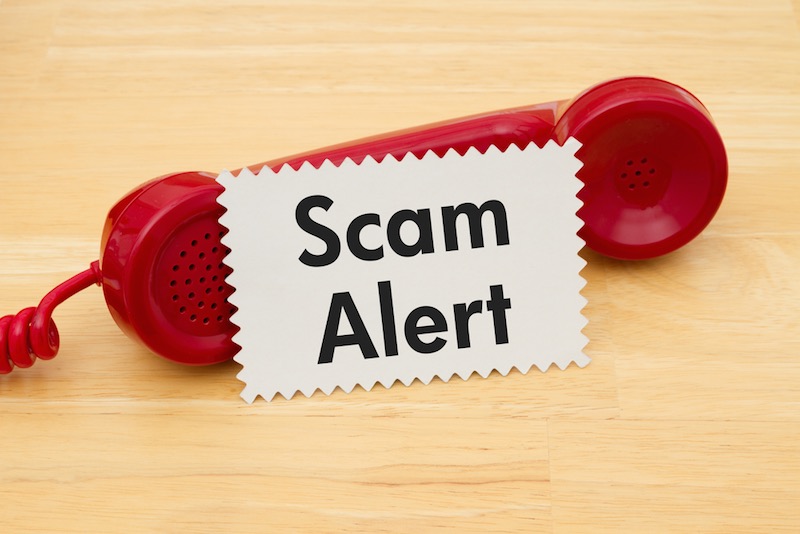 You’d think that this would be about golf, since here we are smack in the middle of summer. But I’m here with a word of caution about other kinds of traps, not of the sandy variety.

Last week, we spoke about executors, and I’ll return to that subject soon.

But today, I thought I’d issue some words of caution about some new (and some old but still kicking) scams out there targeting Connecticut taxpayers of all stripes.

We’ve had to clean up after the fact on behalf of some clients in the past on these issues, and trust me … vigilance BEFOREHAND is far superior to after-crime cleanup.

You’d think from the fact that it isn’t “tax season” that these criminals would let up.

The most common forms of scams targeting Connecticut taxpayers occur before April 15th (or the 18th, as it was this year), but as tax planning and correspondence continues year-round, so do the fraudsters.

It seems that once they get a taste of that sweet, sweet stolen money, they keep inventing more.

So here are some newer ones for which to be on guard, as well as a reminder about some of the regular variety…

Real bank accounts sent fraudulent money
This is a new twist to a common problem: fake returns filed. But in this instance, the criminal sends funds to YOUR bank account … and then comes to you, claiming that there has been some sort of error. They do this in order to prevent the IRS from raising an alarm for funds being deposited into unrelated accounts.

The scammers then contact you, either posing as an IRS representative calling about a refund error or as an agent of private collection agency going after tax debts. As fake agents, they tell you to send the funds back to the Treasury — except it’s really going into their hands. As collection agent impersonators, they instruct you to forward the money to their little fake collection agency.

Fake charities come calling
Every time a natural disaster strikes, these outfits pop up like moles to be squashed. They advertise, and spread via social media and typically don’t appreciate it when you ask difficult questions. That’s why if you have any questions about a charity and the group seeking your contribution won’t answer them, don’t give. Legitimate Connecticut nonprofits are happy to prove that they are really doing the good work they advertise.

The IRS has set up an online tool to verify charitable organizations called “Select Check” that can help you navigate the murky waters of this area. In general, a good rule of thumb is to give to established charities, or those endorsed by trusted friends.

Fake withholding verification
In this doozy, the crooks will mail (or fax, if you can believe it) a letter to their scam targets, most often those who are international taxpayers or non-resident aliens. The letter tells them that although they are exempt from withholding and reporting income tax, they need to authenticate their information by entering personal and tax info on the enclosed, phony version of Form W-8BEN and faxing it to the crooks.

The first problem is that these forms are only supposed to be sent to a “withholding agent“, and they often reference fictitious forms. Don’t fall for this one — run these sort of things through us before complying.

Fake IRS agents calling you
This one has been apretty common tax scam as of late. The IRS estimates that 2 million taxpayers have been called over the past year. And lest you think we’re getting collectively wise, they also estimate that they have already gathered over $60 million in fraudulent funds. And they are still going at it. Watch out.

There are more out there like this, so if you suspect you’re being targeted, here’s what you should do…

If you think you actually may owe taxes, but are leery of the source telling you:

The main thing: use your common sense. Be skeptical. And remember that we’re in your corner.